The Czechs have been picking mushrooms since primitive times, and they have become part of their other traditions, like Christmas Dinner or the celebration of the New Year. Mushrooms were the “meat of the poor.” Today, most of the forests are freely accessible and it is legal to pick mushrooms. They are not even taxed.

Mushroom season starts in July and ends in August. If you are to visit the Czech Republic during that time, be sure not to miss an opportunity to go picking mushrooms. But do not go alone! Take a skilled Czech mushroom picker with you. They not only know the best spots to pick, but also know which mushrooms to pick. Otherwise, you could risk some serious mushroom poisoning.

Mushroom picking is one of the most widespread Czech traditions. It is a national sport in the truest sense. While many of our traditions are only local and are dying out, mushrooming is not. It is one of the most common traditions the Czechs do country-wide. More than two-thirds of Czech people go mushrooming at least once a year! It is so common, the Czechs even find it hard to believe that in other countries people do not know they can pick mushrooms and eat them.

Picking mushrooms kind of brings one back into the primeval. One is the hunter once again. It is the thrill of the hunt. One´s prey is clever, usually well hidden under the leaves. Sometimes it even tries to trick the predator; many of the mushrooms are poisonous, even deadly. But despite the dangers, the Czechs still persevere in picking mushrooms.

There are many kinds of mushrooms in the Czech forests. The most commonly picked are boletes and porcinis. Parasols are very delicious, but also very rare. Then there are the ones that should never be picked or eaten. The Czechs like to say that they are edible, but only once. A great example of that would be the death cap or the devil´s bolete. They are both deadly poisonous.

When one decides to go mushroom picking, they have to leave for the forest early in the morning, as early as the sun rise to get the best and biggest mushrooms before everyone else. The Czechs are very competitive when it comes to mushroom picking. The forest is not big enough for two mushroom pickers.

When one is really lucky and runs out of space in his wooden basket – yes, the Czechs still use the old-fashioned wicker baskets – one must use their clothes to carry mushrooms. It would be a shame to just leave those mushrooms there, when hours were spent hunting them. No matter what, one has to bring those home. So, you use your jacket, cap, or pockets to carry them. A great story to illustrate this would be that of my mother. After three hours of mushroom picking, she tripped with a basketful of mushrooms. Unfortunately, they fell down a very steep hill. Basically a cliff. She climbed down to get them back. All of them. She even fell into a hornets’ nest. She says it was worth it.

Finally out of the forest, Czechs arrive home with all their sweet loot. Now, the most tedious part of the whole mushroom picking starts. Even though picking is over, the mushrooms still need to be cleaned, de-wormed, and prepared for cooking. It is the least fun part of the process, as sometimes one has to throw away those huge mushrooms they were so happy to find. Sometimes one gets mushrooms as big as human head – those are excellent for mushroom schnitzels. Because this process of cleaning is so slow, it is usually a task for the whole family.

After the Czechs are done with the cleaning, the very best part of the whole tradition comes: the eating part. Mushroom schnitzels, mushroom soup, dried mushrooms, pickled mushrooms, mixed mushrooms (smazenice), mushroom omelette, mushroom pizza, mushrooms and grouts (houbovy kuba), and that is not even half of the foods the Czechs use mushrooms to make. The Czechs have to be very creative about the recipes that use mushrooms. On average, every Czech household picks more than 18 pounds of mushrooms every year! 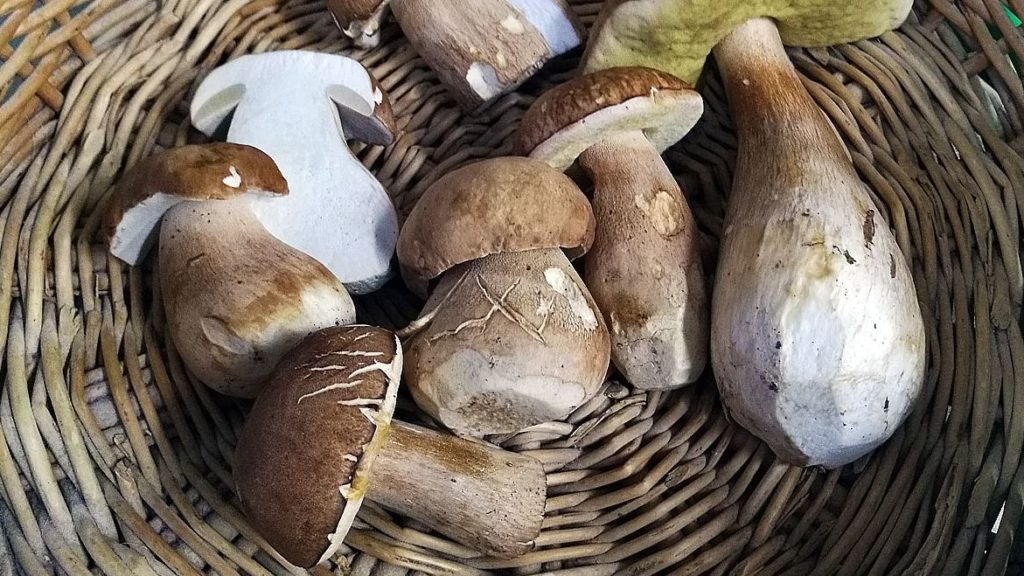