“Pochovani basy”, the burial of bass – the instrument, not the fish – is a rather funny Czech tradition. However, to understand this tradition, we have to talk about many circumstances surrounding it, as it is not a standard stand-alone event.

The burial is the final part of the Masopust celebration. Masopust is the period before Ash Wednesday. Despite the name (“maso” = “meat”; “pust” = “fasting”), it is not the season of abstaining from meat, rather the season of eating as much meat as desired (an anti-fast). Masopust is a precursor to the fasting period, Lent, which lasts for 40 days, from Ash Wednesday to Easter. Thus, making it possibly the only case where eating tons of meat could be justifiable.

Masopust takes place from January 7th, the day after the “Three Wise Men Day”, to the Tuesday before Ash Wednesday, commonly known as Fat Tuesday in the United States. It is celebrated all over Europe, but the tradition has slowly begun to disappear. Nowadays, most cities no longer observe it. You can only witness special seasonal events in some smaller villages. Every country, and sometimes county to county, celebrates it differently. Despite the feast being said to last for approximately six weeks, in the Czech Republic, the actual celebration of it takes place during the last three days. These days are called “Ostatky”, which could be translated as “remains”.

On Sunday, there is a dancing ball, usually arranged by the women, that includes a big feast, and is open to everyone.

On Monday, there is a second dancing ball arranged by the men. Attendance to this ball is limited, as young, single people are not allowed to participate.

Tuesday is the peak of Masopust. On that day, there are masquerade parades, during which people are usually disguised as animals.

But it is in the evening, when the real fun starts. An effigy of Masopust as a person, or sometimes a horse, is erected in a public square. The finale on Tuesday is, quite literally, the burial of the bass. After the execution of Masopust, exactly at midnight, the person called “Ponocny”, a man with a blowing horn, who sleeps during the day and stays up at night, blows the horn, announcing that Wednesday begins and all festivities end. There is no more dancing after that. To symbolize the end of the balls, local musicians bury their bass drums to prevent themselves from playing it for the next 40 days, during which all the fun is sucked out of the village. Well, not really, but for most people, Masopust is the happiest part of the year, so they take its ending very seriously. While the drums are being buried six feet under, rather than mourning, the mayor reads a funny rhyming text about everything that has happened in the village over the past year.

In modern times, the Masopust execution is skipped. People were often quite reluctant to make the effigy, and opposing ideas only lead to conflict. That resulted in an agreement that Masopust was no longer symbolized by a man or a horse, but by the bass. That way, its spirit is put to rest, but it does not necessarily die. Sadly, because of the work involved and opposing ideas, many fun traditions such as this are no longer being celebrated. 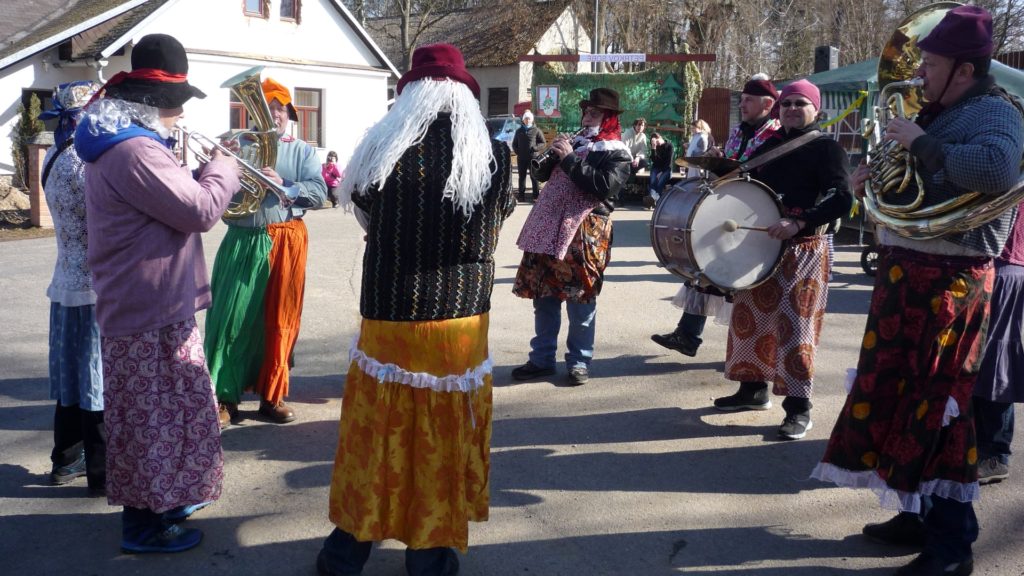