Wild game has always played an important role in Czech cuisine – and no wonder, in a country characterized by numerous forests and meadows abounding in game. Hunting for wild game has been a long tradition and part of Czech cultural heritage.  It is a real shame that we made it disappear from our tables and replaced it with sauces and goulash, taking these for traditional Czech meals, despite wild game availability all year round, compared to just a few months in the past!

In addition to its delicious taste, pheasant meat is also high in nutrients, being very low in fat and rich in antioxidants. Moreover, as pheasants spend most of their lives in forests and fields, their meat can be taken for organic!

For more information about the Hradec Kralove Region, Liberec Region and the Central Bohemian Region, from which this recipe comes, click here, here and here.

Preheat oven to 400°F. Wash pheasant, salt and pepper it inside and outside, and put it in the pan. Put slices of butter on the meat and put it into the preheated oven for 30 minutes. Wash and dice the vegetables. Season with herbs and spices and stuff the mixture into the meat. Baste the meat with a cup of white wine, cover with a lid, and continue cooking in oven for another 90 minutes, basting occasionally with the rest of the wine. Remove the pheasant from the oven. Allow it to rest for 10 minutes before slicing it. To prepare the sauce, reduce the remaining liquid in the pan and add sour cream. Sweeten sauce with sugar as desired. Pairs well with potato dumpling or croquettes. 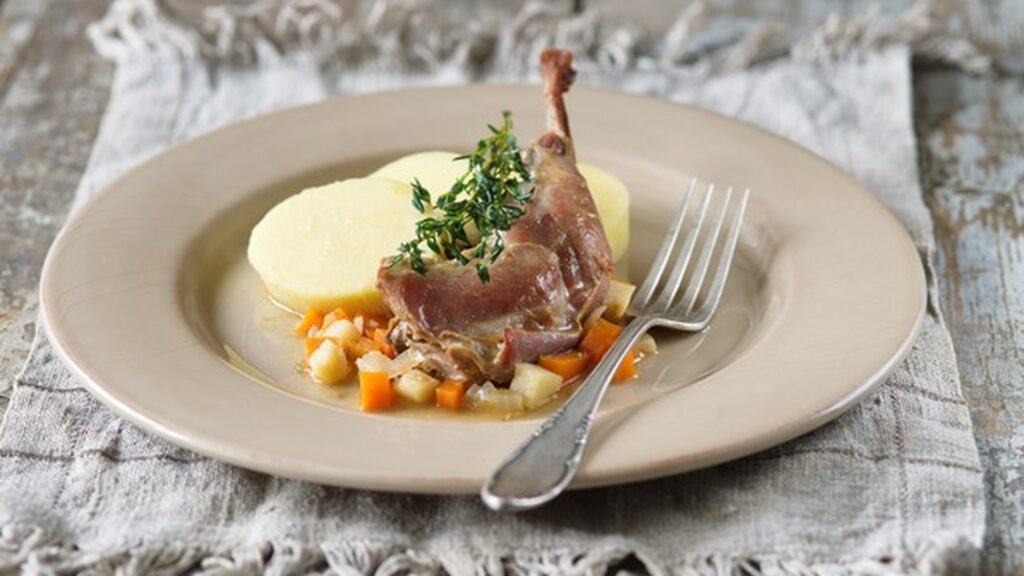