It is important to note that liver sausage stuffing (jitrnicovy prejt) is a traditional Czech dish, typically made after slaughtering a pig at home (zabijacka), a custom which was once very common in the Czech Republic. When a pig was slaughtered, every piece of the animal was used in some way. Those pieces which would spoil more quickly were processed immediately. These were pieces such as a whole pig head, the jowls, or the skin. All three of these, as well as the liver and other pig parts, were traditionally used to make the liver sausage stuffing. Any leftover pieces that could not fit into the sausages were baked. Typically, the sausages with liver stuffing were given away as gifts. The baked part was left home for the family to enjoy, which is the recipe we’ll be sharing below. It is not necessary to process a whole pig just to enjoy liver sausage stuffing.

Preheat the oven to 250F. Prepare a 9×9 baking dish by spreading the lard in the dish and around the edges until well-coated. Cube the sliced bread, add just a bit of water, and mash the bread. Boil each meat in a separate pot until it is soft. The liver has to be boiled separately. After boiling, grind the meat together in a sausage grinder. Add the wet bread to the ground meat. The mixture has to be spiced just right. Be careful with the salt. Use less than you are normally used to because the water evaporates while baking, so the finished product will be saltier. Add the other spices and the garlic and mix the mixture until well combined. Be careful not to over-mix. It must not be too dense. If needed, add a little bit of water to thin the mixture out. Add the mixture to the prepared baking dish and spread evenly. Cover the dish with a lid or foil and put it in the preheated oven. Bake the stuffing at 250F for 1 hour. After an hour, remove the lid or foil and bake it for another 20 minutes at 350F, until the top has turned a light brown and has created a nice crust. Check the consistency by sticking a fork into the center of the dish. The stuffing should be solid throughout, and the fork should come out clean.

Liver sausage stuffing is usually served with sauerkraut. In the Czech Republic, the prepared sauerkraut is rinsed out with water, then sliced again, and boiled. After the sauerkraut is boiled, it is mixed with roasted onion, which has been chopped into small pieces, and sliced boiled potatoes. But the stuffing is also great served with just plain bread. It tastes great served hot, fresh from the oven, or at room temperature. 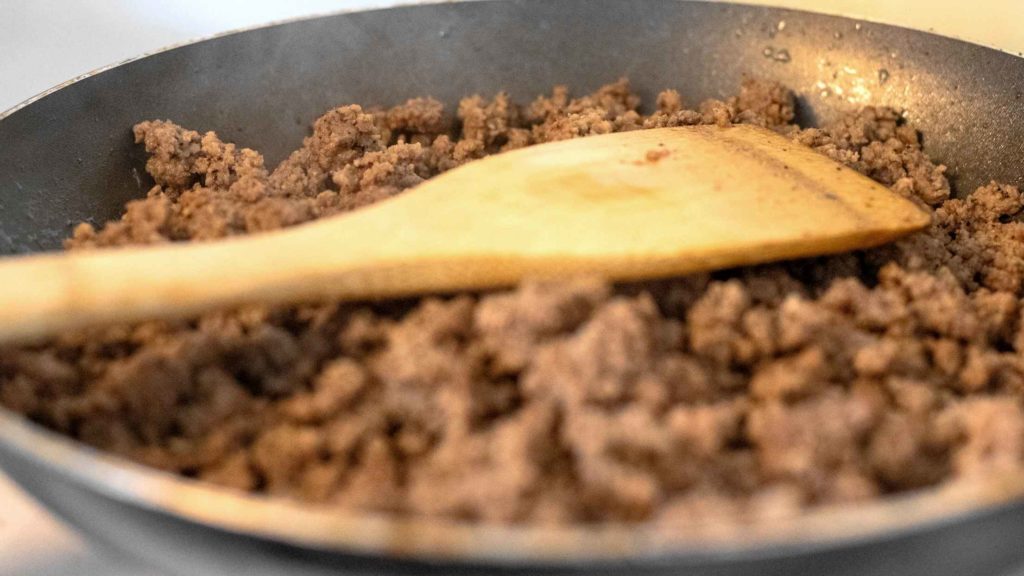