Czech bread dumplings are one of the typical side dishes in Czech national cuisine. They can be served with almost anything, especially with sauces and meats. Bread dumplings go well with such specialties as sirloin in cream sauce, tomato gravy, dill gravy, horseradish gravy, and goulash.

Prepare the necessary ingredients in a large bowl. First, cut the white bread into cubes. Then mix the bread cubes with the other ingredients. Next, make a dough with your hands or by machine until it no longer sticks to the bowl. After that, cover the dough with a kitchen towel or something else and let it sit for approximately 20-30 minutes. In the meantime, grab a large pot. When the dough rises, use floured hands to shape the dough into 2 rolls. Then, pour water into the pot and let it boil. When the water is boiling, carefully slip the rolls into the water and then cook them – covered – for 20 minutes, being sure to turn the dumplings midway through cooking. If the dumplings rise to the surface of the water after 20 minutes, then they are done and should be removed from the pot and pierced with a skewer. Hot dumplings are best cut with thread. Cold dumplings can be cut with a knife. 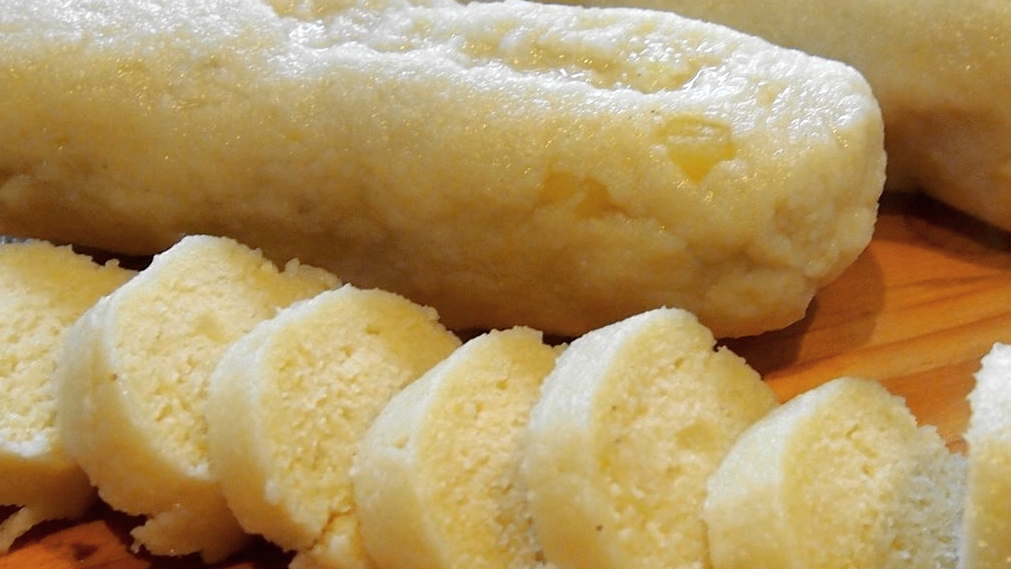