Czechs are obsessed with mushroom gathering. In a way, it is their national sport. Whenever rainy weather occurs from summer to fall, many kinds of mushrooms suddenly appear in Czech forests and Czechs rally the whole family to search for them. They usually return after a few hours with a basket full of mushrooms, and sometimes they even use their jackets to be able to carry more mushrooms. Strachanda is a dish that represents the ages-old mushrooming tradition in Czech culture. Domazlice is a small town near the Czech-German border, but it has enormous historical significance. It is a region with vast forests and hills, which means that it is a great region for some lovely mushroom hunting.

For more information about the Pilsen Region, from which this recipe comes, click here.

Cook the unpeeled potatoes the day before. The next day peel them and cut them into thick slices.
Crack an egg into a bowl, add milk and semolina durum wheat flour, and mix it all. Then add the portobello mushrooms and let them soak up the milk and become softer for about an hour. Cut the onion into small pieces. Do the same with the fully cooked smoked ham and the cracklings. In a frying pan add 1 Tbs of lard and cook the onion until translucent. Then add the cracklings and the smoked ham and stir it until golden.

Grease a roasting pan with lard and sprinkle plain breadcrumbs over it. Make a layer with one-half of the potatoes. Put the cooked onion, cracklings, and fully cooked smoked ham on the potato layer. Add one-half of the milk-soaked mushrooms (in an even layer). Add salt, pepper, and Marjoram to taste. Grate the 4 cloves of garlic and add them as well. Now make a second layer from the other half of the potatoes. Add salt and pepper to taste again and ground caraway seeds. (You can grind the caraway seeds in an electric coffee grinder or crush them in a mortar.) Roast for 15 minutes. After that, add the other half of the milk-soaked mushrooms and then put the pan back in the oven for 5 more minutes. If there is a crust on top, the casserole is finished.

It can be served with sauerkraut. Czechs love to serve it with many meals because it goes great with beer.

If you feel like looking for mushrooms, as Czechs always do, or if you want to try a traditional Czech meal, Štrachanda will not disappoint you. It also tastes good with ketchup or mayo, so if you are into that, give it a try. 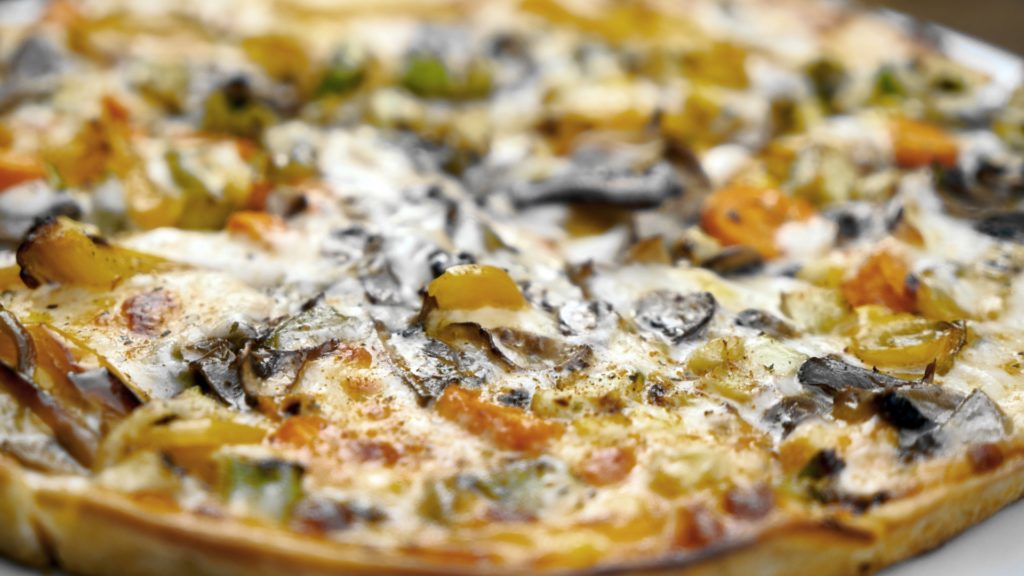