Buns filled with Smoked Meat, is a traditional dish in Czech Republic, typical for Moravian-Silesian region. It is considered as a part of “Czech village cuisine.” In Czech language the name of the dish is “buchty s uzenym masem” where “buchty” stand for buns. The thing is that it is uncommon for “buchta” to be filled with meat. It is ordinarily filled with plum jam and served with sprinkled sugar on top. But the term is also used for buns with blancmange. In that case the buns are without a filling. “Buchta” is a traditional and very common Czech dish – nowadays normally served as a desert. In fact, it is such a generally known dish that it is featured in many Czech fairy tales. It probably appears the most in tales of “Hloupy Honza” (roughly translated as “Silly John”). The stories usually revolve around Honza – a young man who spends his life wallowing on bed on a furnace – and a princess he must save from a dragon so he can have her as his wife and receive half of the kingdom from her father. No matter the way he does it, he almost always receives a basket full of “buchty” from his mother before his quest. They usually play a major part in the story –Honza ordinarily gives them to a poor elder he meets on the way. The elder always turns out to be a magician who helps Honza achieve his goals.

For more information about the Moravian-Silesian Region, from which this recipe comes, click here.

Firstly, grind the caraway seeds. For that you can use an electric coffee grinder. Then prepare leaven out of the yeast, sugar, milk and flour. After the fermentation, add egg, milk, butter, flour, salt and grinded caraway seeds to the mix and then knead it until you have a dough. Let it leaven again for about 1/2 hour.
In the meantime, cut the sausage, ham, garlic and onion into small pieces. Then roast this mixture on a pan and add sauerkraut to it.
After the leavening roll the dough and divide it into squares. Wrap the mixture into them. Then put the buns in greased cake pan and let them leaven once more. Smear oil on the buns and sprinkle them with sesame seeds. Feel free to add salt or black pepper. Bake the buns in preheated oven until they turn brown. Serve sliced. 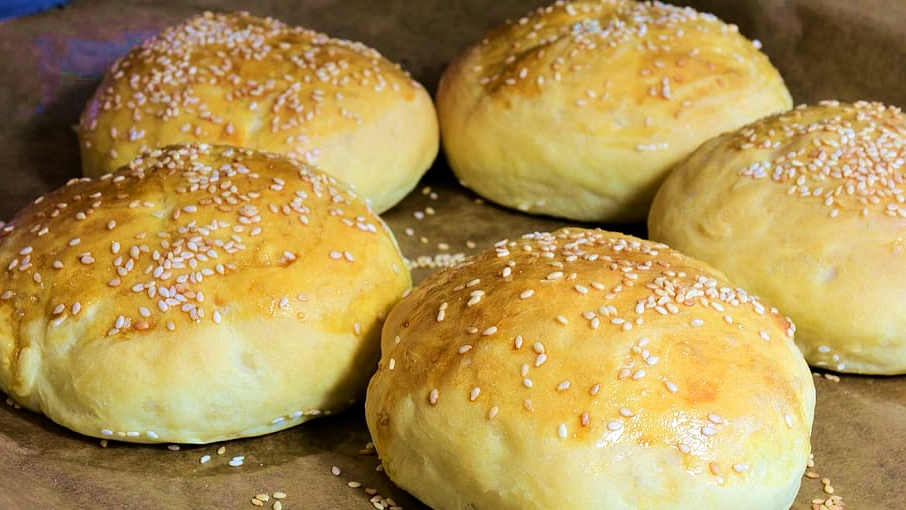