Beef tripe soup is cooked not only in the Czech Republic, but also in Germany, Italy, Portugal, and many other countries. Each country has its own version; some include rice, cream, and egg in their soups. The history of beef tripe soup goes back to the 17th century. It was cooked in Germany and Italy at that time. German beef tripe soup was a little bit different and spiced with thyme. In Italy, it was mainly cooked in Milan.

The Czech recipe came from the Italians. At that time, the influence of Italy came to Bohemia not only in gastronomy, but also in architecture, literature, and music. The most similar dish to the Czech recipe is “La busecca,” which was enjoyed in Lombardy on Christmas Eve. However, in the Czech lands, the Italian ingredients were replaced with local ingredients, including pepper and marjoram.

Drstkova polevka (Tripe soup) is a traditional Czech tripe soup consisting of beef tripe braised with generous amounts of onions and ground paprika. Although it has numerous regional variations, this hearty soup typically has a thick consistency, a light red color, and a slightly spicy flavor.

There also exists a different version called Fake Tripe Soup (Falesna drzkova polevka). It substitutes sliced oyster mushrooms for the tripe, ideal for those on a vegetarian diet.

Rinse the tripe. Cut it into smaller pieces, put it in a pot of water, bring the water to boil, and boil for 15 minutes. Then pour out the water and repeat the procedure at least two more times. Salt the water during the last cooking and cook the tripe until tender. Drain the soft tripe, let it cool, and cut it into strips. Do not pour out the cooking liquid!

Add washed and peeled vegetables to the cooking liquid. When the veggies soften, remove them from the broth and mix it. Set aside the broth.

Dice the bacon and fry it in a larger and deeper pan, and then add the lard and finally the chopped onion. When the onion has a golden color, dust it with flour and ground pepper and continue frying it for a while, while stirring. Pour the broth into the onion roux, mix everything in the pan, pour the contents into a pot, and then boil for 30 minutes.

Add the crushed garlic and mixed vegetables to the soup, flavor it with marjoram, crushed caraway seeds, pepper, and salt. Pour the prepared tripe in the pot and let the soup boil for 20 to 30 minutes. You can remove the fat that floats to the surface.

Sprinkle fresh chopped parsley into a bowl of soup and serve with dinner rolls or white bread. Because the recipe comes from the Czech Republic, it is naturally also suitable for cold beer. 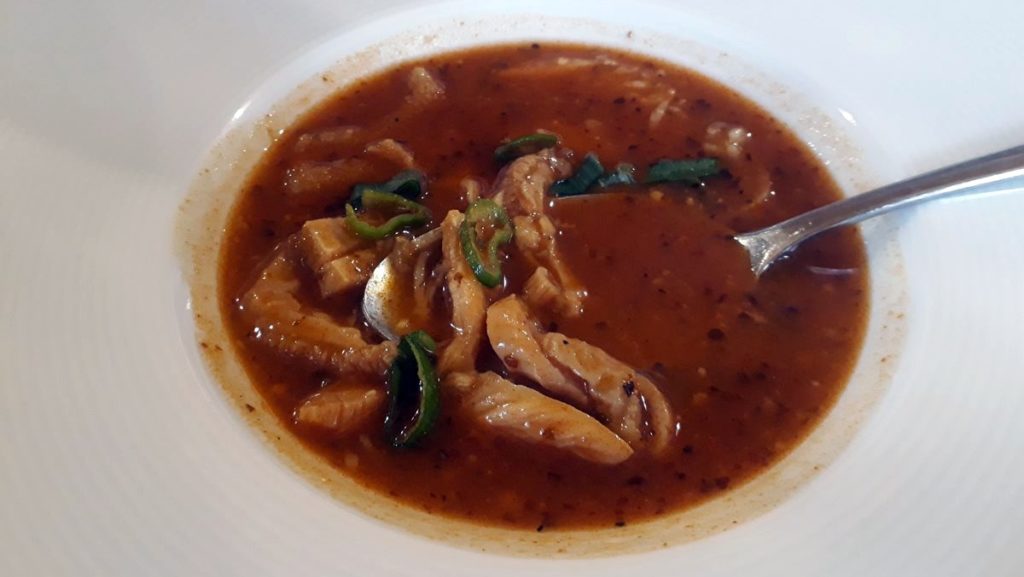