One of the most admired Central Bohemian castles is Krivoklat. It is one of the oldest and most important castles of the Czech kings and princes. This seat is also associated with the monarch known as ‘Pater Patriae’, Father of the Fatherland, Charles IV. He spent time here in his childhood and adulthood but was not the castle’s founder.

Krivoklat was built in the 12th century – The first information about the castle´s predecessor can be found in the chronicle of Cosmo in 1109 – during the reign of King Premysl Otakar II, Krivoklat is one of the oldest Czech royal seats. It was also royalty’s favoured hunting castle. For example, King Wenceslas IV, the son of Charles IV, found refuge here. It was indeed here that the unassertive monarch hid from the burdens of statesmanship, and thus invested heavily in having it done up.

Krivoklat became a true Gothic pearl under King Vladislaus II Jagiellon – when it became one of the most grandiose residences in Central Europe. Krivoklat was heavily damaged by fire three times, but its last aristocratic owners, descended from ancient lineage of the Fürstenbergs, saved the castle by renovating it. Their era is one of the happiest in Krivoklat`s history. It is thanks to them that the castle remained standing and did not dilapidate.

Thanks to their dedication and care, we can today walk through its chambers and halls full of rare art collections; see the Great Tower, which once housed one of the earliest castle museums; or peruse the library of 52,000 volumes.

Every year, the castle hosts Summer at Krivoklat (festival of music, theater and entertainment), Krivorezani (carving arts) and Krivoklani (tournaments and fights, period music), the Prince’s Advent and Easter. The castle is open to the public year round and steam locomotives from Prague and Pilsen travel there in the holiday periods. 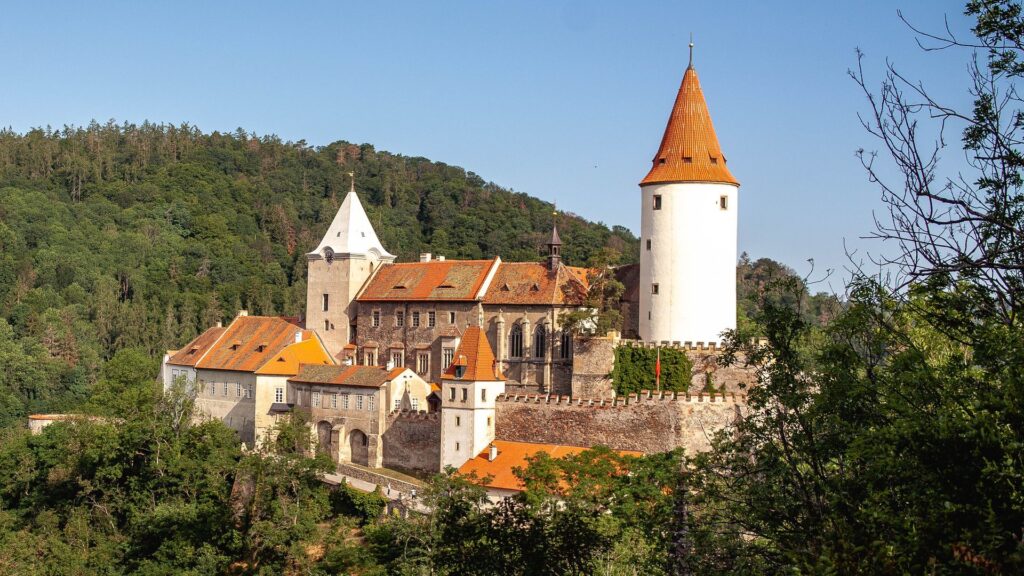