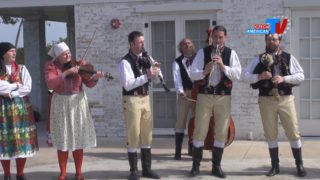 Discover Czech Regions: Pilsen Region is a region where the inhabitants maintain a firm relationship to the traditions and customs of their ancestors. The most significant region concerning traditions and customs is Chodsko. In the Middle Ages, it used to be an extensive area, spreading from Domazlice across Bor and Tachov to Plana.

The center of the area is Domazlice. Traditions have been followed and passed down from generation to generation. The lively local people like to dress in costumes from Chodsko, speak a singsong-like dialect and sing local songs. 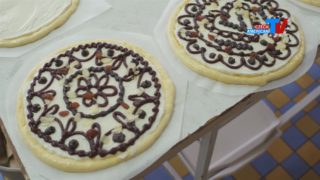 If you visit Chodsko, you will be particularly attracted to Chod ceramics, the architecture of folk buildings and to traditional folk gastronomy. One of the oldest ethnic festivals in the Czech Republic – Chodske slavnosti (Chod festival) – which takes place annually in August (first weekend after the 10th August) is also worth visiting. The town of Domazlice becomes lively and, in addition to traditional folklore, is filled with dancing and the music of bands from other parts of the Czech Republic and abroad. The Old Bohemian fair in the town center, where traditional products are sold and medieval crafts are shown, enriches the event. Here, you can smell the aroma of freshly baked cakes, taste fresh trdlo and lokse (traditional dishes), see a smithery corner and watch woodcutters carve bowls, or try out your skills on a pottery wheel.