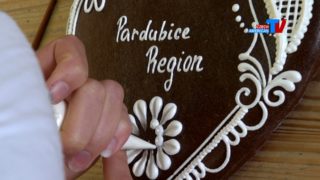 Special Report: Public Bread Oven in Sopotnice. Public ovens originated during the Middle Ages serving citizens who couldn’t afford to have their own bread oven at home. They were located in villages and settlements all over Europe. With building a public bread oven in Sopotnice, there is a revival of the historical cultural tradition.

Czech Castles & Chateau: Pardubice Chateau – The original feudal residence is from the end of the 13th century. There have been many reconstructions especially in the late 15th century and early 16th century under the Pernstejn rule. The original castle was turned into a palace.  It is the only type of this building preserved to this extent in Central Europe. The chateau is now the Museum and Gallery of East Bohemia in Pardubice. 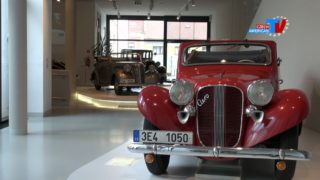 Czech Destination: The Vesely Kopec museum of folk architecture. There is an example of a farmer’s timbered home and other structures that were built in the Bohemian-Moravian Highlands. The folk technical water-powered buildings are very interesting.

Policka – the birthplace of Bohuslav Martinu – The world-renowned composer Bohuslav Martinu was born and lived with his family in a small room in the tower of St. James Church in Policka. The tower is 120 ft high giving an eye-catching view of the town. The family moved when he was 11 years old. 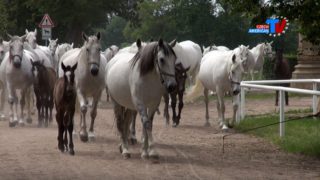 Czech Destinations: The Stud Farm at Kladruby nad Labem – The main stables, castle, and church are all open to visitors.  The main stables consist of the breeding stallions stalls, the broodmare area, a training arena for young horses, the foaling area, as well as the riding hall.

Czech Festivals:  Jabkancova Fair in Ceska Trebova started in 1961 is a popular folk festival organized in the neighborhood of  St. Catherine’s rotunda is held in November before the feast of St. Catherine. 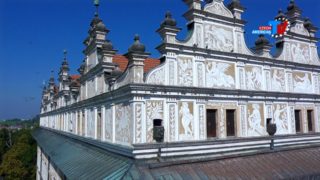 Czech Cities & Towns: Town of Litomysl – the dominant feature of the city is the Italianate Renaissance castle with its more than eight thousand examples of sgrafitto, which has been on the UNESCO World Cultural and Heritage List since 1999. Litomysl is the birthplace of the composer Bedrich Smetana, whose name is commemorated by an annual opera festival. 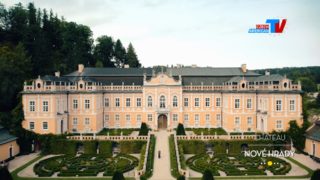