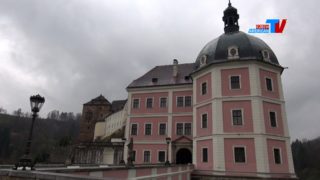 Czech Landmarks: Kynzvart Chateau  – One of the most beautiful Viennese Classicism style chateaus in the region is in the spa town of Kynzvart. It houses Prince Klemens von Metternich the famous Austrian Chancellor collection of his library, study with a folding table, smoking parlor with four valuable altar paintings, and the chateau’s armory and chapel.

The Seeberg Castle – being a preserved ministerial castles in The Czech Republic is located about 3 miles west of Franzensbad and the only one exclusively used as a museum. The large exhibitions present the history of the castle, the 19th-century interiors and furnishings, the famous Eger inlaid furniture and the history of porcelain production in Western Bohemia. 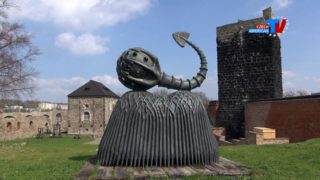 Cheb Castle – The castle dates back to the early 12th century and is closely tied to the Stauf family. The family produced a number of Roman emperors and German kings. This castle was where generals loyal to Albrecht von Wallenstein, the commander-in-chief of the Austrian Emperor’s troops in 1634, were murdered.

Cheb Roof Structures – within a small area, there are structures, built in various periods: Medieval Gothic, Baroque and Renaissance. They are an important collection for Central Europe and the Czech Republic.

Becov castle and chateau – are a collection of historic buildings, the Gothic castle, Renaissance palace and Baroque chateau dating. back to the early part of the 14th century. The uniquely preserved permanent exhibit the reliquary of St. Maurus was discovered in 1985 along with a collection of archive wine and cognac.

Soos National Nature Reserve – located north of Frantiskovy Lazne is a unique Natural Reserve and one of a kind in Central Europe. The location was originally a salt-water lake, that has gradually transformed into peat bogs and mineral salt marshes.

Czech Cities & Towns: Town of Loket – this romantic city in the Czech Republic is close to the west Bohemia spas of Karlovy Vary, Marianske Lazne, and Frantiskovy Lazne. The Romanic-Gothic king’s castle was built in the 12th century and the earliest document of Loket is from the year 1234 A.D. but it is older.